Heat, Drought, and Trees: Understanding the Effects of Heat, Part 2

Last month’s article touched on heat damage, but the subject was not covered in detail. As with the previous article, let’s consider all trees, shrubs, groundcovers, and turf to be covered by one term: plants. 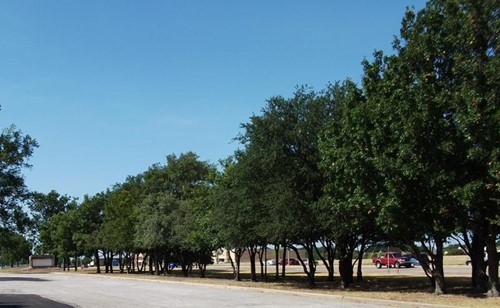 Regardless of the moisture levels in the soil, extended daytime periods of 95 degrees and above slow the biological functions of plants. This slowing phenomenon, which protects plants by reducing water loss through transpiration, is known as “self-induced dormancy.” Transpiration uses water, absorbed by the roots and transported to the upper parts of the plant, to be released into the air. This evaporative cooling is much like the piping that emits a mist to cool the air during the State Fair.

Unfortunately, this slowing of biological function also reduces the amount of plant food (sugars, carbohydrates, and others) produced and stored by the plant. Although fertilizers are often promoted as “plant food,” they are actually elements that are absorbed by the roots and transferred to the foliage. The foliage, with help from the sun, produces a plant’s actual food through photosynthesis. The resulting food is stored in the plant’s tissues. Extended periods of heat reduce the amount of time a plant can produce and store its food. Given our Texas weather, even a Mexican plum can be affected.

Reducing the Effects of Heat

Although some of our native plants were negatively affected by the extended period of heat in 2011, native and adapted plants are best suited to survive and function quite well. Heat-tolerant landscapes contain mostly native plants that are grouped in a natural setting or environment appropriate for the plants. Including other native companion plants as part of a planting group helps to create (or restore) a natural ecological balance. Any plant properly placed in a healthy and balanced ecological system will better survive anything that nature can whip up. When we isolate plants from their normal companions or when the ecology is not in balance, it is much more difficult to keep them healthy. Grouping species typically found growing together in nature provides a greater level of protection from heat, as well as from other forces of nature.

Which species of plants may be native or adaptable to an area is often debated. However, the late plantsman Benny J. Simpson researched various tree species from West and South Texas that are adaptable and heat/drought-tolerant. He was a true pioneer in native plant knowledge and a research scientist at the Texas AgriLife Research and Extension Center at Dallas. The trees he planted in test plots off Coit Road, in North Dallas, were watered only for the first year or two -- purposely. His research groves are open to the public and still exist today without irrigation, as an example of adaptable species that can tolerate both heat and drought. Although many of these trees are not currently available in retail nurseries, they could be if more folks ask for them in the future, wink...wink. 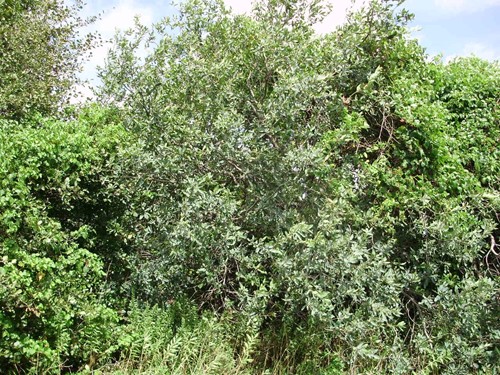 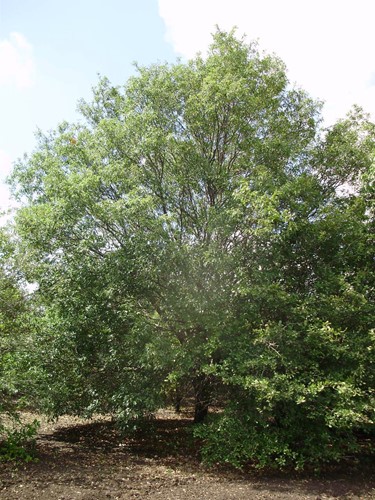 If a smaller plant in your yard is not heat-tolerant, covering it with a shade cloth or similar material may help. Misters that emit water vapor around smaller plants during the heat of the day can help reduce heat damage. Plants near a white or light-colored structure or a glass wall may receive more reflected sunlight, adding to the potential for heat damage. Plants in areas affected by the Urban Heat Island Effect must also be able to withstand increased surrounding temperatures (www.epa.gov/heatisland/).

If it can't stand the heat, it may not belong in our Texas kitchen.