Snowy Egret was among species that made up the egret rookery in the city of Carrollton, Texas. Photo courtesy of Texas Audubon Society. 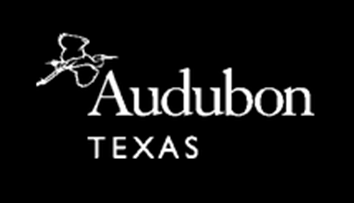 On August 4, Carrollton City Council promised members of the newly formed Carrollton Nature Coalition and hundreds of other interested citizens that a task force would be formed to atone for the city's ill-advised actions in leveling an egret rookery. The City Council apologized at the meeting and many City Council members looked remorseful as Kathy Rogers played a video of the injured birds at the Rogers Wildlife Rehabilitation Center. Such reactions indicated that those who had made the decision realized the extent of their deeds and wanted to insure that it never happened again.

At the first meeting of the task force on August 24, introductions proved that there were many qualified citizens appointed to the 20-member committee. Most of the members are from Carrollton. Members include Elizabeth Kim, organizer of the Carrollton Nature Coalition; John Davis, urban wildlife biologist from Texas Parks & Wildlife Department; and Steve Houser, from the Dallas Tree Coalition. Bab Lanier, past president of Dallas County Audubon Society was elected Chairman and Jay Davison, Chair of the Dallas Sierra Group, was elected Vice-chair. Becky Miller will serve as City Council liaison. Asst. City Manager, Marc Guy, and individuals from the Parks Department and Environmental Services Department will also attend meetings, providing information when needed.

The task force was divided into three subcommittees, each addressing different aspects of their objectives. These subcommittees are to submit recommendations for the following:

Without warning, the city of Carrollton, Texas destroyed an egret rookery in the predawn hours of Thursday, July 23, 1998. Texas Audubon Society (TxAS) and National Audubon Society condemned Carrollton's actions which demonstrated a lack of understanding about the birds and their nesting habits, as well as the federal law protecting the birds.

Upon hearing about the horrendous massacre, Catriona Glazebrook, Executive Director of TxAS stated, "For almost 100 years Audubon has protected birds in Texas, first from plume hunters' shotguns, and now primarily from loss of habitat. We have come a long way towards a better appreciation of birds. The events in Carrollton, however, set us back to a 'stone age' approach to dealing with wildlife. The bulldozing of living animals reflects a style of 'managing' the natural world that is an insult to Texans' traditional love of the land and its inhabitants."

U.S. Fish & Wildlife Service agents informed city officials that they had violated the 1918 Migratory Bird Treaty Act. The city is now under federal criminal investigation for its actions.

Among the dead birds were Little Blue Herons, Snowy Egrets, and Cattle Egrets, to name a few. Local volunteers and Texas Parks & Wildlife officials gathered all the living and non-living birds they could. Injured birds were sent to Kathy Rogers of the Rogers Wildlife Rehabilitation Center in Mesquite, Texas.

On August 4, hundreds of concerned Carrollton residents attended a City Council meeting to address the issues brought on by the tragedy. The meeting lasted four fours as one person after another took the podium. The community response was inspiring. Pamela McCroskery, representing TxAS,and Carole Wilmoth of the Prairie & Timbers Audubon Society, were among those that had the opportunity to address the City Council. The message from conservationists and residents alike was clear: the Carrollton City Council had made a terrible mistake - as mistake that carried a heavy price. By the end of the meeting, the Carrollton City Council voted unanimously, without reservation, to pay the estimated $125,000 cost of rehabilitating the injured birds. Furthermore, a commitment was made to develop a task force that would address the problem and implement changes to assure that such a horrific mistake would never be made again.

The subcommittees expect to have a draft report completed in October, with a final report for the City Council by early November. A bus tour of Carrollton sites to observe undeveloped private and city-owned land assisted members in their environmental assessment. Observations of other cities with environmental ordinances in place are currently underway.

As for the site itself, soil samples for histoplasmosis turned up negative. Conclusive results, however, are questionable, as it is very difficult to test for the disease in soil. An added concern has been the runoff into the lake due to the heavy rains in early October. To date, no decision has been made as to what to do with the parcel of land.

In regard to rehabilitation efforts, Rogers reported 68 birds had been released by August 24 and that the rest were doing as well as could be expected. She also reported that some are showing signs of stress in captivity and that more deaths had occurred. Birds that could not be released were flown to a permanent refuge in Corpus Christi on October 1st along with 25 of the youngest birds, which were later released near Sinton. Survival for these young birds will be difficult. It is hoped, however, that instinct will guide them to join an adult flock on their way to South and Central America for the winter.

Legally, the city of Carrollton remains under investigation. Currently, the U.S. Fish & Wildlife Service law suit against them for violation of the Migratory Bird Act is pending within the City Attorney's Office.

Everyone should be pleased with the progress being made by the newly formed task force. They have lost no time in addressing the issues at hand and a great deal of thanks needs to be expressed to every member. The city of Carrollton made a terrible error. They have acknowledged their mistake and are taking steps to remedy it and educate others to insure the same mistake never occurs again.

Audubon Texas is the state branch of the National Audubon Society, dedicated for over 100 years to conserving and restoring natural ecosystems, focusing on birds, other wildlife, and their habitats for the benefit of humanity and the earth's biological diversity.