A chalk maple at the Dallas Arboretum (above) shows its color. Photo by Jim Mahoney with The Dallas Morning News.

The reviews on this year's autumn foliage have been mixed -- but then, so have the weather conditions.

North Texas had a spell of chilly nights last week, which is good for fall color -- but it has had dry conditions for weeks, which is bad.

Or at least deceptive. 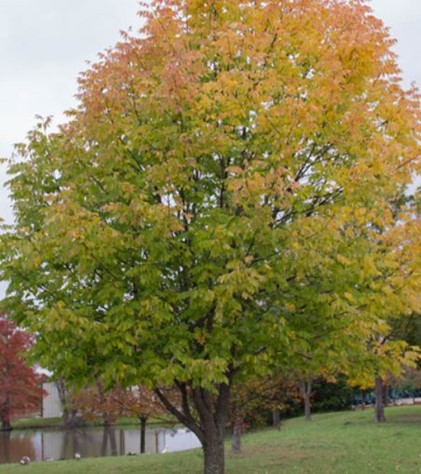 A Texas Ash tree near White Rock Lake. Fall coloration is caused when chlorophyll, which makes leaves green, disappears, leaving other pigments behind. Photo by Jim Mahoney with The Dallas Morning News.

"A lot of the trees are turning yellow, but it's because it's been so dry and they're just drying up and getting ready to fall off," said Roger Sanderson, director of the botanical gardens at the Heard Natural Science Museum in McKinney.

Still, he has hopes.

"I think it's going to be a fairly decent year because of the cold spell," he said.

He advises to look especially for the change in cedar elms, which are a reliable source of autumn foliage in this area.

Mr. Sanderson notes that the fall coloration is caused when chlorophyll, which makes leaves green, disappears, leaving other pigments behind.

A colorful fall in North Texas requires a period of dependably chilly weather -- and the words "dependably," "weather" and "Texas" do not fit well into the same sentence. 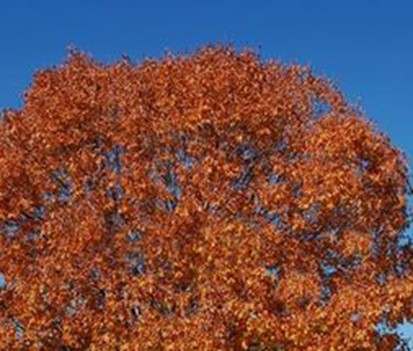 The leaves of this Texas Ash turned a deep orange as fall makes its presence known in Dallas. The TexasAsh is a native and very drought-tolerant, according to Steve Houser of Arborilogical Services. This tree is along W. Lawther Dr. near White Rock Lake Park. Photo by G.J. McCarthy with The Dallas Morning News.

Erick Knowles, an information specialist with the Texas Department of Transportation, which tracks fall foliage for tourists, said most of the state hasn't experienced brilliant colors this year. He, too, blamed the dry weather.

But he noted that Los Maples State Park in the Hill Country and Guadalupe Mountains National Park in far West Texas are usually reliable sites for good color.

The other option is to wait.

"About every 10 years or thereabouts we get a strong cold spell that stays around for a while, and that's when we get spectacularly good color," Mr. Sanderson said.

It's just that this isn't that year.