Learning to Climb Trees is an Art Form 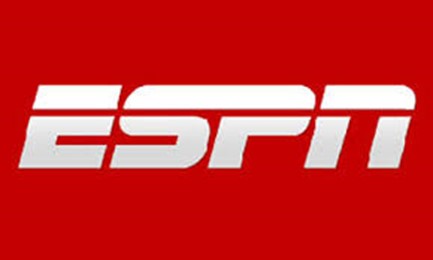 PLANO, Texas -- Several of the 30 or so contestants at this weekend's Texas Tree Climbing Championships have suffered injuries you wouldn't find in a typical workplace.

Most of us haven't almost severed a limb with a chain saw.

Work is hard for these urban/suburban loggers. Cutting and safely lowering giant oak branches from 30 or 40 feet up while suspended by a rope and harness requires upper-body strength, staying alert and a healthy respect for gravity.

But that's work. This is play, and the 25th Texas Championships -- one of about 22 state competitions each year sanctioned by the International Society of Arboriculture -- is the first step to reaching big-kahuna status in climbing. The Texas champ gets an all-expenses paid trip to the 2010 ISA Championship, set for late July at an arboretum near Chicago.

The Texas event concludes on Saturday.

In Texas, the founding father of competitive tree-climbing is Steve Houser, a certified arborist (tree surgeon also suffices) who runs Arborilogical Services in the Dallas suburb of Wylie. Houser used to compete, but he's 50. The 20- and 30-something kids rule this sport. Resembling a 5-foot-9, 130-pound Gen. George Custer, Houser never won the Texas title, but climbers from his tree company have won 18 of the 24 awarded.

"It was a lot more dangerous 30 years ago," said Houser, after whom the Texas trophy was named the Houser Award of Excellence about six years ago. "We first started climbing on manila rope, which was like a bunch of hairs all thrown together. It's really rough. It would cut the skin right off your hands. We went to much-improved rope that you could nick with a chain saw and not cut it in half."

Houser still climbs with his employees on the job, but he feels it. Old injuries include a compression fracture in his back, chipped bone in one elbow, and a scar from a chain saw up the side of one leg. Chris Brewer, a Texas Championships judge, shredded his forearms so many times that tattoos were needed to hide the scars.

"After a while, all arborists start counting the scars and wounds," Houser said. "I've got almost 30 people that I climb with every day. I don't ask them to do anything I won't or can't get up and do myself."

Houser signs the paycheck of the defending Texas champion, four-time winner Miguel Pastenes, 28. The Mexico native won his first competition six years ago and is considered the ISA's top climber in secured footlock. In that category, climbers ascend a doubled line 50 or more feet in a timed sprint. Pastenes can go 60 feet in under 14 seconds.

"The biggest problem I had starting out was getting my knots right," said Pastenes, a career-best seventh at the 2009 ISA Championship. "I'm getting better at it."

His sideways climbing along wide canopies of branches while keeping orderly a snarl of ropes attached to his harness -- also called a saddle -- looks effortless and at times gravity-defying. With Pastenes and other top climbers, it looks that natural.

"These guys are all highly-skilled on their day jobs," Brewer said. "The best thing a climber does is learn to trust his equipment. When you've got that down, you get into more fun stuff."

To compete effectively, strength-to-weight ratio is the key, Houser said. Where bulk helps in logging/lumberjack contests, it hurts competitive climbers. Pastenes is 5-foot-10, 150 pounds. Most are under 6 feet and don't weigh more than 175 pounds.

In one event, they're strong enough to secure and lower 180 pounds of dead weight in the "aerial rescue." Climbers have five minutes to verbally script a rescue, as if they're talking to 9-1-1 operators while ascending 25 feet to secure and safely lower an "injured" mannequin.

In another event, contestants try to loop weighted lines over marked branches 40 or 50 feet up, a la Batman with his trusty Bat-rope, except underhanded instead of lasso-style. Climbing routes are meticulously choreographed with varying degrees of difficulty.

"These events require foresight," Brewer said. "It's usually the smartest, the not the strongest guy, who wins."