Sometimes you feel a real connection with your subject. These are the moments that remind you why you’re a photographer. You kind of forget the camera, or at least the technical fumbling that sometimes happens on a shoot. Time is spent talking with your subject. It’s when you establish a genuine interest in this person, and what they are all about, that images just seem to flow. I am hesitant to say you walk away from the shoot giddy…but that is somewhat of an accurate description.

I had an assignment from D Magazine to photograph Steve Houser, founder of the Dallas Historic Tree Coalition. It was late August in Dallas and damn hot. It had been raining all morning and traffic reminded me why I prefer the mountains. Steve graciously waited for me…I was an hour late. It was still raining when I arrived, so Steve and I started talking, hoping the rain would stop. Right away we clicked. Both of us laughed at the fact that we love nature, yet live in a city lacking outdoor activity. Steve grew up in Dallas. He wears a long pony tail, a scruffy goatee, and just looks like a guy who spends his time outdoors. He has always climbed trees. More than the average person. Steve wants to remind Dallas that development and landscape design can and should include trees…or at least reflect the idea that trees exist. 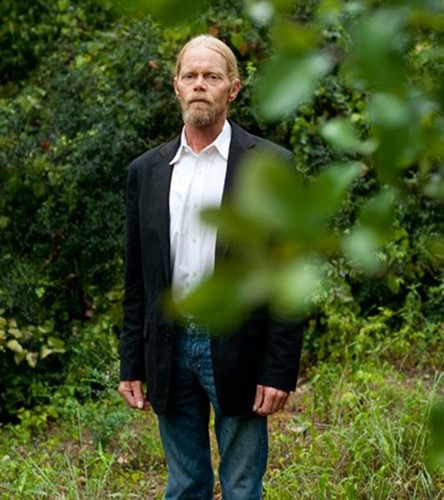 “In 2005, after years of watching Dallas’ greenscape infrastructure suffer under a policy that could best be described as benign negligence, he convinced the City Council to hire its first urban forester. Prior to this, he says, the city expended no effort to plant or even manage the trees it has. The Dallas native is quick to point out that other cities were way ahead of us on their arboreal management, his tone as prickly as a bouquet of pine needles.”

‘Fort Worth has had a forestry program since 1929,’ he says. In fact, nearly all big cities except Dallas had some sort of tree program.”

Steve is currently undertaking a survey to count EVERY tree in Dallas. The goal is to create a set of regulations that protect the remaining greenery in the city. I love it.

Check out the article featuring Steve in D Magazine. Also be sure to check out the Dallas Historic Tree Coalition website. Trees make everything better. Let’s remember that.

Mr. Nager is a professional photographer and owner of Matt Nager Photography. He is also a writer/reporter.