Migeul Pastenes with his Championship trophy! Photo by Bill Seaman.

Miguel Pastenes, a foreman with Arborilogical Services in Wylie, represented the state of Texas in the men's competition at the Internationa Tree Climbing Championship held in Portland, Oregon.

According to his boss Steve Houser, owner of AS of one of Pastenes' trainers, the veteran competitor came in ninth overall, no small feat considering the caliber of his competition.

"Please remember that this is the Olympics for tree climbers, and we are competing [with those] who are the best in the world," Houser said.

Houser accompanied Pastenesto Portland, he said, to provide support. "He has been training very hard, he watches his diet, and he has improved his performance greatly in the last few years."

Houser said there are five preliminary events that lead to the overall competition score. Pastenestook second place in the belayed speed event and fourth in the foot lock event, both of which involve going 50 feet up a rope to ring a bell utilizing two different climbing methods.

Pastenes also placed second- in the world - in a new event, a head-to-head foot lock in which two competitors run against each other.

According to a news release from Sonia Farth, public relations and marketing manager for the International Society of Arboriculture, sponsors of the event, the world's best professional tree climbers from 16 countries met to showcase their skill and agility at maneuvering in the trees.

"The tree climbing competition simulates working conditions of arborists in the field," Garth's release said. "Male and female competitors perform five different events during the preliminary round in which each event tests a competitor's ability to professionally and safely maneuver in a tree while performing work-related tree-care tasks efficiently."

According to the release, showcasing the highest level of professional skills and safety, the events provide a competitive learning environment for those working in the industry. 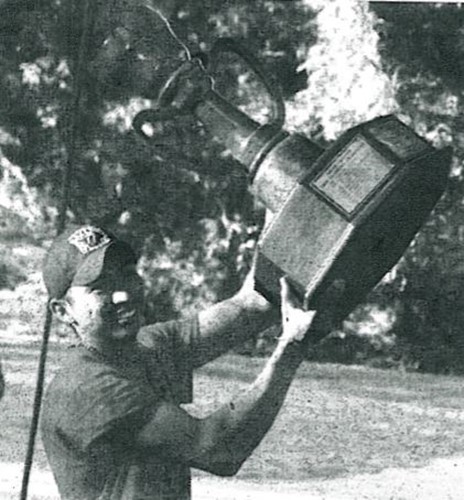 Arborilogical Services "has represented the state in the international competition an unprecedented 19 different years; one year, the competitor, a runner-up, went in lieu of the actual winner who couldn't attend.

For more information about the tree-climbing competition, visit isa-arbor.com or treesaregood.org.

Ms. Truesdell is a staff writer for THE WYLIE NEWS online at wylienews.com.