The Importance of Low Branching Limbs

Excessive pruning and the removal of all the lower limbs puts trees in jeopardy during strong winds. All photos courtesy of Steve Houser.

Low-branching limbs on trees perform a number of valuable functions -- the most noticeable being the aesthetic appeal and the natural look they give to trees. To see a majestic old tree with limbs that grow down to the ground appeals to the senses. Trees with low limbs are like magnets, attracting children looking for a good tree to climb, a place to seek shelter from the rain, or a great place to get away from adults! However, trees can retain low limbs only if they are able to obtain sufficient sunlight to the lower sections of the tree. This occurs primarily on the outer edges of a dense forest, or when a tree grows out in the open, unaffected by other trees. In our urban areas, most low limbs are raised to meet city codes, open a view, create a park-like setting, or make mowing the turf convenient.

While most of the urban trees grown in our landscapes have had their low limbs removed, this practice should not lead you to the conclusion that this is what trees prefer. A tree grown in the open would typically retain its low branching limbs as part of its natural and mechanical design.

Trees are dynamic -- not static. Limbs and trunks bend and flex under stress. The tree’s crown is like a sail that catches the wind, stressing all parts of a tree. A tree with a natural shape and form contains the optimum design to endure external stress from high winds or the load of accumulated ice and snow. The ideal structure for a tree is one that has a uniform amount of stress over all of its limbs and trunk(s) when external stress is applied. If a tree is grown in the open and all low limbs are left intact, the pressure from a high wind creates a more uniform stress throughout a tree, which reduces the potential for structural failure (uprooting or limb/trunk breakage). If the low limbs of the same tree are raised, the odds of structural failure can increase. With limbs growing near the ground, the winds tend to go around the tree, much the same as with a long dress that goes to the ground. Limiting a tree to a mini-skirt allows the wind to get under the low limbs, creating an upward pressure that increases the odds of structural failure and reduces the tree’s life expectancy. 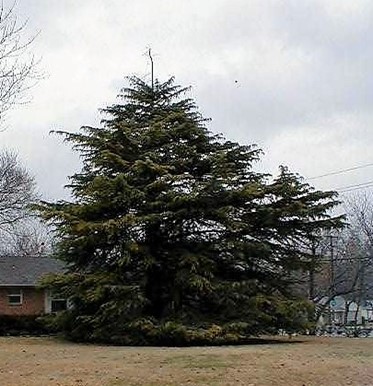 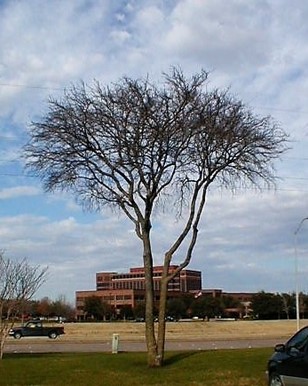 Left photo: This Deodar Cedar’s natural growth from includes low limbs growing along the ground, creating a “full dress.” Right photo: Excessive pruning and the removal of all the lower limbs have given this Cedar Elm a “mini-skirt” appearance.

As a general rule, avoid raising low limbs any higher than one-third of a tree’s overall height. For example, a 30-foot-tall tree’s lowest limbs should not be higher than 10 feet above the ground. Raising them even to this level on some tree species will increase the potential for structural failure and reduce their life expectancy. A smaller tree, one less than 15 inches in diameter, can adjust to the lower limbs being raised to an appropriate height because the mechanical design of the tree and its biological functions are able to adapt and change over time.

However, larger trees that have lower limbs raised to greater heights later in life, have a hard time adapting, because their mechanics and biological functions were developed to be at their optimum before the low limbs were removed. For best results, raise low limbs to the necessary or required height before trees become large and while they can more readily adapt to the changes. 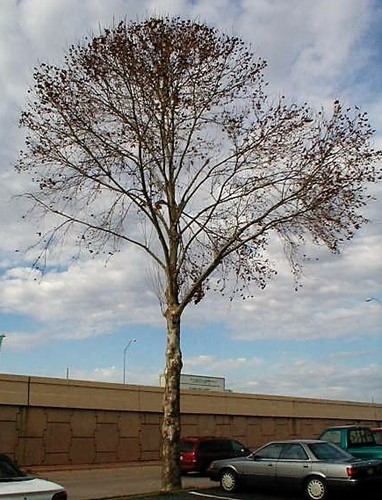 In addition to diminishing a tree’s aesthetic appeal, removing lower limbs places a greater stress on the remaining branches.

With water conservation measures in place and the frequent irrigation opportunities limited, it is important to note that as low limbs of trees are raised, a greater quantity of water will be required for the tree and the plants underneath. Raising the lower limbs allows more sunlight to reach the soil underneath the canopy, and this causes the soil to dry out faster due to the increased heat and evaporation rate.

Leaving low limbs can reduce structural damage to the tree and save water usage, while allowing each tree species to show its true characteristics. And you thought low limbs were useful just for climbing.

You may sign up for Neil Sperry’s e-gardens Newsletter at: www.NeilSperry.com.