In 1997, a small group of local preservationists and Comanche tribal elders crossed into Gateway Park, part of the Trinity River Forest in southern Dallas. Among them was Steve Houser, who grew up in the White Rock area and now lives in Richardson near his tree-care consulting company, Arborilogical Services.

Houser was anxious. He had never spoken with a Comanche. He turned to James Yellowfish, the Comanche tribal historian, and told him how much he respects the way Indians coexist with nature.

Yellowfish amended, “We are one with nature.”

Goose bumps rippled up Houser’s arms, and his sense of delight and anticipation intensified when the group slowed to a stop before the sizeable bent pecan tree.

Linda Pelon, anthropologist and ambassador to the Comanche nation, stood with Houser among the Indians. They presented their case to the elders. Pelon and Houser had exhaustively researched and measured the tree.

The last piece of evidence, however, was not theirs to collect.

The Comanche tribal elders listened. To Houser. To Pelon. And finally, to the tree. Then, in a gesture that was polite yet revealing of the historic distrust between the two peoples, they continued their discussion privately. When they returned to the group, it was with affirmation.

The pecan was one of theirs. 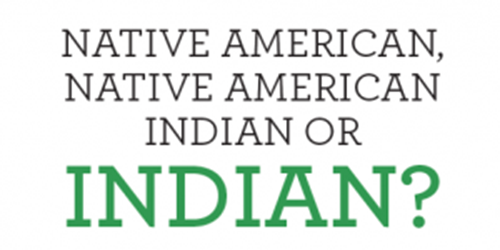 Houser had already known that the tree’s age could place it within the period that the Comanche nation roamed the area. He also knew that Gateway Park was located in what the Dallas Archeological Society had described as “one huge archeological site.” But inside that moment, the most substantial proof of the tree’s historic value was the tribal elders’ affirmation: “We know it. We feel it. We sense it.”

Once the tribe gave its blessing, the group circled around the base of the tree, linked hands — white to brown, brown to white — and danced in celebration of a rediscovered Indian marker tree in Gateway Park.

Pelon describes Indian marker trees as landscape navigation aids. Her belief, founded on nearly two decades of research, is that various Indian tribes would mark a significant area by tying down a sapling. If the sapling survived to maturity, the result would be a full-grown, fully bent tree.

“In terms of navigating the landscape, even great apes will break twigs to mark a trail. So primates have been doing this for a really long time,” Pelon says.

A common function of marker trees was to identify prime camping grounds. Tribes, such as the Comanche Indians, often camped near bluffs and terraces, which they utilized as lookouts and signaling points.

Based on her studies, Pelon hypothesized that the Gateway Park marker tree signaled a Comanche campsite. Then when the tree’s estimated age — 150 — coincided with the approximate time the land was used by the Comanche tribe, it was simply confirmation of a hunch.

In terms of Pelon’s analogy, she caught a rabbit.

“For me, it’s like being Alice. I chase rabbits. And they take me to some curious places,” Pelon says.

The Comanche elders also have confirmed an Indian marker tree at California Crossing Park on the Elm Fork of the Trinity River, which appears to signal the original low-water crossing.

“Of course, all of that has been engineered away now, with levies and controls. It takes a historian who understands the maps from an earlier time to put that information together,” Pelon says.

It also takes someone who understands the trees. This is Houser’s area of expertise. Unlike Pelon, Houser has no tie to the Comanche tribe. He is not an anthropologist. He is just a man who grew up among the trees. Playing underneath the Eastern red cedars atop Flag Pole Hill is a distinct childhood memory of Houser’s.

“I was one of those kids that, if I was upset with my family, they always knew where I would be. I’d be up in my tree, that’s where I always went. It was my safe spot,” Houser says.

That kid became an arborist, and that arborist became an advocate for the trees he knows so well. The past few decades, he has focused that advocacy on finding and recognizing marker trees.

“I do this because I love it. Because it needs to be done,” Houser says. “These are living witnesses to a significant part of our history. Once they’re gone, they’re gone. That’s it.”

Though there are few confirmed Indian marker trees around, there are dozens of potential marker trees, including one at Moss Park in Lake Highlands.

“I’ve seen it all my life and known that it could be one. I can never and will never, out of respect for the Comanche elders, designate a tree myself, but if I wasn’t inclined to believe this was significant, I wouldn’t have spent so much time studying it.”

The shape and the size, more than 50 inches at its base, are good indications that the Lake Highlands tree was used by the 19th-century Indians, Houser says.

It won’t be official until the tribal elders make it so (there are 50 of them, and they are based in Oklahoma, so traveling to Dallas is expensive and complicated). Houser has another presentation scheduled in Oklahoma, and he hopes the council will make it to Moss within the year. If not, the tree could be gone when they arrive, Houser says.

“Unfortunately, the tree is 80 percent dead already, and the Park Department eventually will have no choice but to cut it down.”

If the tree does get whacked, Houser plans to be there to collect “cookies” or samples of the tree to determine its age. It is still important to designate marker trees, even if those trees are on their last limb, Houser says. He, along with cultural experts, anthropologists and historians, are working on a map that will show marker trees, known Indian trails and found Indian artifacts in an effort to develop a big-picture look at Indian history in our part of the world.

It is important to continue to identify and investigate potential marker trees with some sort of urgency, Houser says, because they will not be around forever.

Throughout the following year, the tree called to its people. A constant stream of Indian families would visit the old tree to spend time with it, with their history. For many, this was the first connection to one of their culture’s sacred sites since their ancestors were exiled from Texas. They had claimed the tree and, in doing so, became its guardians.

“In the Comanche language, there is not a word that exactly translates love. About the closest thing we have is a word that translates, ‘I would die for it.’ It applies to the land as well as family and friends,” Pelon says.

The ownership turned out to be short-lived. The Gateway Park marker tree had flourished for more than a century, and in recent decades had survived a park clearing, a neighborhood being built next to it and a major utility line. However, on Memorial Day 1998 — roughly a year after its dedication — a storm toppled the Gateway Park marker tree. The Comanche people grieved the loss of their tree, the loss of their ancestral connection.

Houser and Pelon also mourned the loss of that marker tree, but they plow forward in search of others.

Houser has never forgotten the way he felt nearly 15 years ago when the Comanche tribal elders first claimed the Gateway Park marker tree. That day in 1997 changed his life, and the memory of being so strongly connected to nature propels him forward in his current preservation efforts.

“People don’t understand, maybe, what we’re doing. They might not agree. They might not care,” Houser says. “But I think, 200 years from now, people are going to look at our research and say, ‘I’m glad somebody took the time to find these things.’ ”

Houser knows the average Dallasite might never appreciate his efforts. In his mind, however, the most important audience — the tribal elders — already understand the significance, the connection between people and the marker trees.

“The Indians had the pulse of nature at any time,” Houser says.

On his own, he has never been able to tap into that elusive heartbeat. But once upon a time, he felt it. For a moment. For a dance.

Want to get involved? Visit the TxHTC website for more information or send an email to info@txhtc.org. 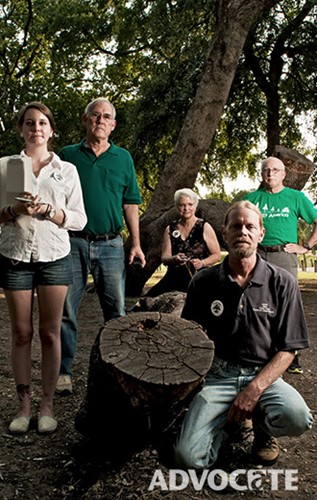 Ways to spot a piece of histree

The next time you notice a bent tree, take a closer look. If it falls within Houser’s general guidelines, you might be rediscovering a piece of history.

1. Indian marker trees are generally species that are known to have lengthy life spans, such as pecan, red oak, bur oak, post oak and eastern red cedar. However, the Cottonwood species — while not especially known for longevity — is a sacred species, which could easily have been used for marker trees.

2. The Comanche tribe’s marker tree trunks were usually fashioned in a rainbow or half-moon shape, such as the Gateway Park marker tree, and touched the ground before growing upward. Another style, more often associated with the Cherokee tribe, is a trunk that grows upward in a 90-degree bend.

3. The basic assumption is that the tree needs to be at least 150 years old in order to have been in the area the same time the Indians were. It should be noted that, because of varying types of soil, bigger does not always equal older.

4. Occasionally, the tree will bear scars from being tied down as a sapling.

5. If the tree has a mound of soil or exposed roots opposite the bend, then it is most likely not a marker tree. Weather tends to account for trees with these features, such as the trees in Tietze Park on Skillman south of Mockingbird.

The original article by Mr. Ali Lamb can be found at https://lakehighlands.advocatemag.com/2012/06/if-this-tree-could-talk-indian-marker-trees/.

Mr. Lamb is a staff writer for the Advocate Lake Highlands Magazine.