The History of Reverchon Park and the Iris Bowl

Our owner, Mr. Steve Houser wrote a featured article for the August 2013 American Iris Society magazine about the history of Reverchon Park.

Editor's Note: Steve gave an entertaining after dinner presentation of the story of Reverchon Park and the Iris Bowl at the welcome banquet during the 2013 AIS National Convention. I invited him to write a follow-up story about this local attraction in hopes of encouraging next year's convention attendees to visit. 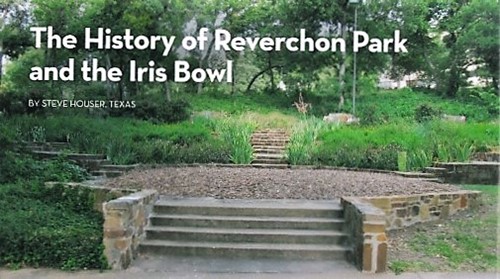 Reverchon Park is known to be the crown jewel of the Dallas, Texas park system and was once called the "Central Park" of Dallas. Located just north of downtown, the park offers open grassland, mature trees, rocky outcroppings and as well as historic stonework and the locally famous Iris Bowl.

In 1915, the City of Dallas purchased 36 acres for what was known as a "far north Dallas" park. The term is amusing today because the park is actually within walking distance of downtown. First named Turtle Creek Park, the property was renamed Reverchon Park after botanist Julien Reverchon, who was born in France in 1840 and arrived at La Reunion colony, across the Trinity River from the young Dallas, with his father in 1856. Reverchon collected samples from over 2,600 species of plants, four of which are named after him. He also collected more than 20,000 specimens of Texas plants prior to his death in 1905. For more information about Julien Reverchon, read Naturalists of the Frontier by Samuel Wood Geiser. 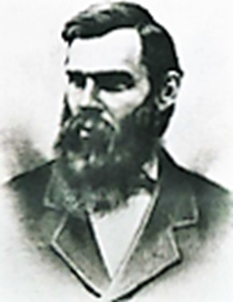 Pictured above is Julien Reverchon, compliments of the American Iris Society.

The park's baseball field was officially dedicated in 1 920. The grandstand was erected in 1924, and the ballpark soon gained the reputation as the best baseball field in the city. That same year, water fountains were installed to provide well water to local residents. People from across Texas traveled to Reverchon Park to experience the mythical healing powers of the water from Gill Well.

During the 1920s and 1930s, improvements such as the Iris Bowl, landscaping, picnic areas, baseball diamond, playground equipment, and tennis courts transformed the park into a site of many celebrations, including Fourth of July and Juneteenth. For years, the Iris Bowl hosted Greek pageants, dance performances, and other celebrations.

The official Iris Bowl dedication took place on April 20, 1938, with many prominent Dallas Iris Society members present. Those known associates included Marie Caillet, who co-wrote two books on irises and has five iris varieties named after her. As the great niece of Julien Reverchon, she continued the family's interest in botany.

The park expanded to 46 acres in 1951. In 1975, the Reverchon Recreation Center opened, offering a variety of indoor recreational activities. During the 1970s, the Dallas Park and Recreation system was recognized as being the very best in the nation. Although the parks were a source of great pride, a downturn in the economy in the mid-1980s and 1990s led to the ongoing reduction of the department's annual budgets. As a result, the park became a haven for crime and the homeless.

In 1998, the park's primary neighbor, Texas Scottish Rite Hospital for Children, gathered community support to clean up the park and restore its reputation. Under the leadership of hospital president, J.C. Montgomery, hospital staff, and a core group of supporters, almost 500 volunteers removed over 40 tons of trash and debris.

In 2002, the American Academy of Orthopedic Surgeons, Texas Scottish Rite Hospital for Children, and the City of Dallas built a state-of-the-art playground accessible to children of all levels of ability. At some point afterward, a Reverchon Hawthorn, (Crataegus reverchonii) was planted near the playground in honor of Julien Reverchon and to reconnect the restored park to its namesake.

In 2005, the Friends of Reverchon Park was established as a nonprofit entity, and the group drafted a master plan for the park (www.reverchonparkfriends. com). Another Reverchon Hawthorne was planted in the park in honor of retiring President Linda White and board member Alexia Griffin. The group successfully lobbied for $3.5 million in bond funds to renovate the park and restore its historic stonework.

During the early days of the cleanup efforts, the Iris Bowl was often mistakenly called an amphitheater and it became clear there was a need to consider its renovation. The Dallas Iris Society, Dallas Park Department officials, and the Friends of Reverchon board members studied the options and landscape plans were developed. The primary renovations were completed during the 2010 annual cleanup effort. A subsequent effort to plant the irises followed with Iris Society members and other volunteers. Both bearded and Louisiana irises were planted on the ends of all the beds, in addition to Salvia greggii, Lantana 'New Gold', dwarf fountain grass, rock rose (Cistus), Mexican marigold, Karl Foerster grass (Calamagrostis x acutiflora 'Karl Foerster'), Knock Out® roses, asters, Echinacea and red yucca (Hesperaloe parviflora). 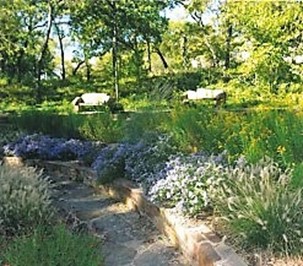 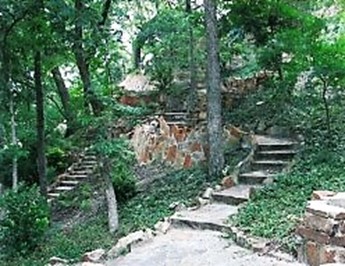 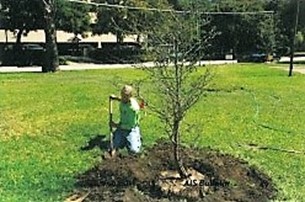 Steve Houser is a Dallas native and Friends of Reverchon Park board member. In addition to being an ISA Certified Arborist for more than 30 years, he is a certified Texas Master Gardener and Texas Master Naturalist. 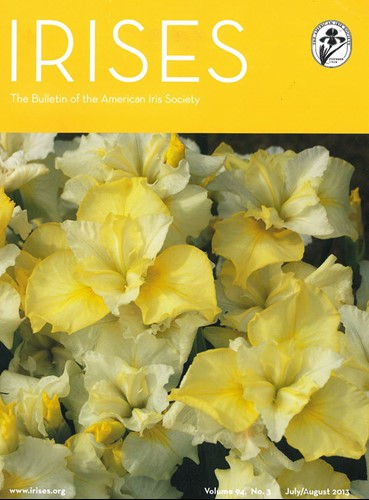