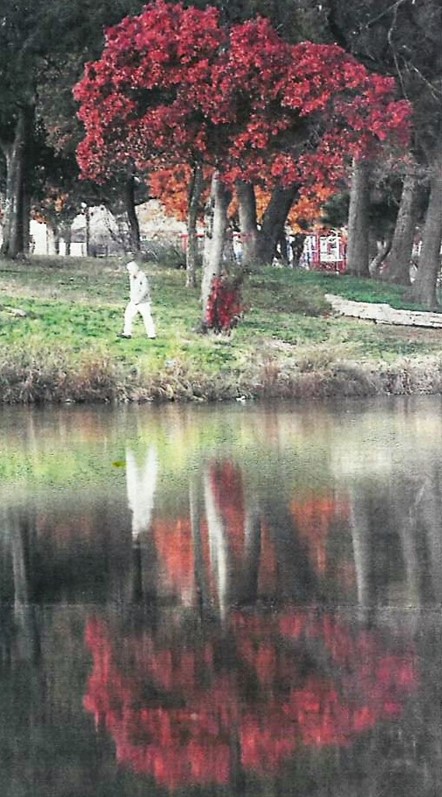 Autumn leaves, like those in Oak Cliff (above) and at White Rock Lake (below), benefited from plenty of moisture in the spring, occasional rains in fall and, most of all, overnight temperatures just above freezing to bring colors to their peak. The photo above by Ron Baselice, staff photographer for The Dallas Morning News. 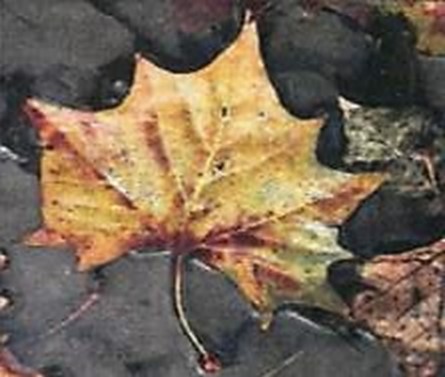 Nudged from their spots in the treetops, the leaves soar like bright birds before tumbling to the ground in a jumble of reds, yellows, purples, and browns in what has been one of the best foliage seasons in recent years.

For that, thank the weather, from the heavy rains in spring to more recent showers in early autumn and most of all to the warm, sunny days and frosty nights that help to intensify the pigments in the leaves.

“It’s been a great year without a doubt,” said Steve Houser, a certified arborist and owner of Arborilogical Services in Wylie. “To have a year like this, you need the right weather, the right day and nighttime temperatures, and you have to have pigment in the leaves that gives us our fall color.”

The longer nights and shorter days are a key element, he said, and temperatures are critical.

“We just barely dipped below 32 at one point, but the temperatures have been mild. And that additional rainfall in the spring has given us a spectacular year,” Houser said.

For Howard Garrett, “The Dirt Doctor,” temperature is everything when it comes to fall foliage.

“The secret is to get it cold and stay cold and have bright, sunshiny days,” he said. “The years when you have really good color is when it gets cold and stays cold. We usually have this roller coaster thing.”

But a week or more of cold mornings and warm, sunny afternoons “has locked in the color,” Garrett said.

Native trees have been showing their best lately – the reds and oranges of the oak trees and the shades of yellow from the elms. But the most spectacular colors, said Dave

Forehand, vice president of gardens at the Dallas Arboretum, come from landscape trees, transplants like the bright red Chinese Pastache and Japanese maples that can range from yellow to lime green, purple, orange and red.

“And we have a concentration of Japanese maples,” he said. “So if you love leaves, now is the time to come to the Arboretum.”

Garrett is partial to the gingko, a tree that has been around for about 270 million years and the last of its kind, a living fossil.

“The gingko is a really nice tree, and some of its prettiest color is the bright yellow foliage on the ground,” he said.

The range of shades on display in neighborhood parks and front yards and along city streets is amazing, almost magical. But there’s a lot of science at work, too.

If anthocyanin is the predominant pigment, the leaves show reds, purples, and blues. Carotenoids provide yellows, oranges, and red. Some leaves have both, basically a mixture of pigments, Houser said, often with spectacular results.

But with each hour, more leaves fall and the show moves closer to the final curtain. It is December after all.

“In December, it’s usually been below 32 degrees,” Houser said, “and in bad years the temperature will drop below 32 for five, 10, 15 hours and there is no unmasking.

“The weather can kill our fall color and typically does.”

But this year it hasn’t, not so far.

Still, if you want to sample the colors still on the trees, do it soon, in the next few days.

“We’ve had a warm fall, very warm, so [the foliage season] is running a little later,” said Forehand, of the Arboretum. “Last year we had hardly any color because we had an early hard freeze. This year it’s been great.”

But forecasters expect a cold front this weekend, with falling temperatures and rain. And the leaves aren’t likely to be the same after that.

So get outside and enjoy, Forehand said.

“This is a treat,” he said. “It’s not like this every year. You get out and you see it and you go, ‘Wow, the trees are actually pretty this year!’"

Mr. Young is a reporter for The Dallas Morning News.