'I Could Be Dead': Massive Tree Nearly Falls On Man at White Rock-Area Park

A Lancaster man jumped away from his SUV just before a tree crashed onto it Saturday morning at a White Rock-area park.

Alfonso Gonzalez Jr., 39, told Runner's World magazine that after going on a 14-mile run with friends at Norbuck Park, he went to his vehicle to get a drink and then heard a sound as he stood next to the door.

“I started hearing wood cracking behind me,” he told the magazine. “It sounded like someone was playing in the woods, or maybe a dog was running around. Then it started to get louder and louder. I looked behind me, and this massive tree was falling towards me.”

Gonzalez told Runner's World he flung himself away from his SUV and was able to avoid being hit by the tree trunk. But he was hit by branches and suffered minor leg injuries that will keep him from running for two weeks, he said.

"I'm very thankful that I'm here," he told KDFW-TV (Channel 4). "If I would have shut the door I think the tree would have broken my back or worse. … I could be dead."

It's unknown what caused the cottonwood to fall, but several neighborhoods near the park saw widespread tree damage from a powerful June 9 storm that knocked out power to more than 300,000 people and led to a crane collapse that killed a woman and displaced hundreds at an Old East Dallas apartment complex.

Dallas officials estimated that the city lost more than 600 trees in public parks because of the storm and that it would cost $1.25 million to replace them. Officials said the area near White Rock Lake was hit the hardest, losing about 200 trees.

Arborist Steve Houser told KDFW that the cottonwood tree, which was 60 to 80 years old, showed signs of decay but was relatively healthy. He said it was possible that the June 9 storm could have damaged the tree.

"Every tree can fail given the right circumstances,” he said. 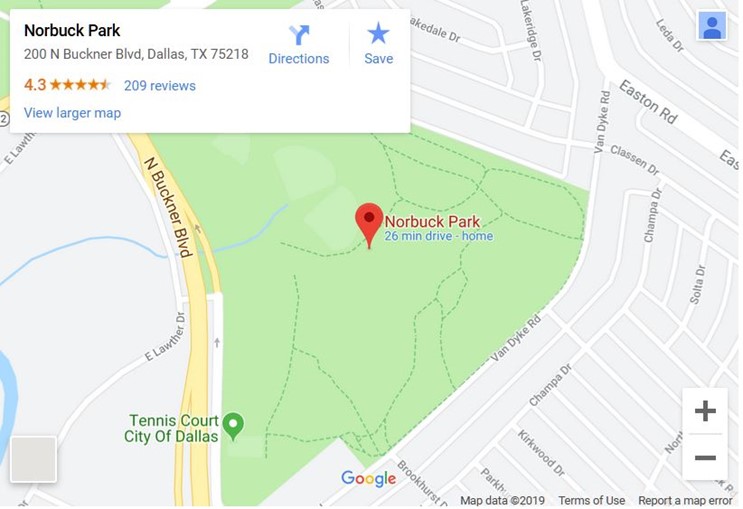 Mr. Jimenez is a staff writer for The Dallas Morning News.