Why Are Trees in North Texas So Much Shorter Than Those in Other Areas? Curious Texas Investigates

Trees in Dallas often find themselves surrounded by concrete. That's why the average lifespan of a tree downtown is under 20 years. (Smiley N. Pool / Staff Photographer) 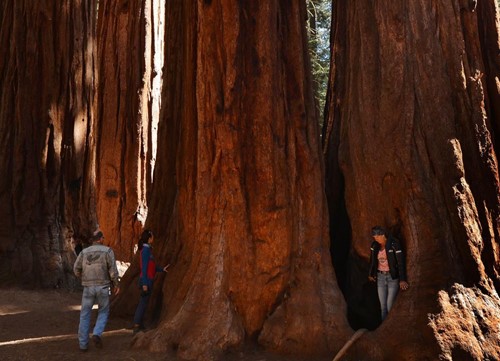 Here in North Texas, enormous trees are far from common — especially compared with other parts of the country.

Many of the tallest trees are on the West Coast, benefiting from the weather and soil there. In fact, the world’s tallest, at 380 feet, is in California.

Here in the Dallas area, you’re not going to find anything remotely close to that.

After a friend in Vancouver, Canada, asked about the height of North Texas trees, reader Ken Lee turned to Curious Texas with his own observation and question: “Why are the trees in North Texas so short? Trees in a lot of other areas of Texas can get very tall, but there are so few here.”

There are several answers to Lee’s question. Steve Houser, a consulting arborist with Arborlogical boils the factors down to genetics, environmental conditions and history.

Most trees cannot grow taller than 150 to 160 feet because the tree must be able to defy gravity to transport water from the roots to the top.

“It is a simple matter of physics that the vascular system of a tree cannot carry or transport water much higher than 160 feet,” Houser said. “The Redwoods and giant Sequoias have the ability to capture and utilize water from the air and rainfall or fog, which allows them to grow much taller than other tree species.” 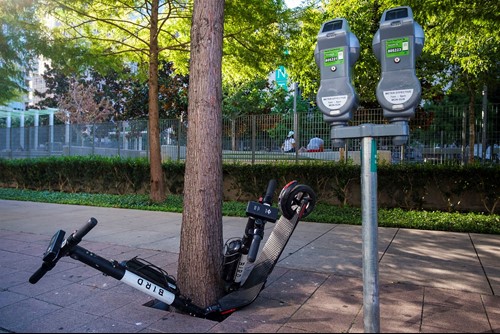 Trees in Dallas often find themselves surrounded by concrete. That's why the average lifespan of a tree downtown is under 20 years. (Smiley N. Pool / Staff Photographer)

“Trees with plenty of water, growing space and healthy soil will grow taller than those with less irrigation, limited growing space [such as urban areas] or poor soil conditions,” Houser said.

A tree with a 16-inch diameter requires 1,000 square feet of open soil space, he said. Trees in Dallas are planted in small spaces that are often surrounded by concrete. That’s why the average tree in downtown Dallas lives only 18 years.

Historical factors have helped make North Texas land the way it is.

For example, much of North Texas was native prairie that had few trees except around water sources, Houser said. Therefore, many of the trees that are here were planted relatively recently and haven’t reached their maximum height.

Courtney Blevins, a Fort Worth regional forester with Texas Forest Service said climate is one of the most influential factors in the development of North Texas trees.

This article is available to read on the Dallas Morning News website at: https://www.dallasnews.com/news/curious-texas/2020/05/07/why-are-trees-in-north-texas-so-much-shorter-than-those-in-other-areas-curious-texas-investigates/

Ms. Reddy is a breaking news intern for The Dallas Morning News.